This is good to have rats gain weight and it’s delicious for them! They love it! Also you can PAIR (do not add to this mix unless you want to) it with avocado and walnuts. Or any other fatty healthy rat safe ingredient.

Blend until smooth and then store in freezer! 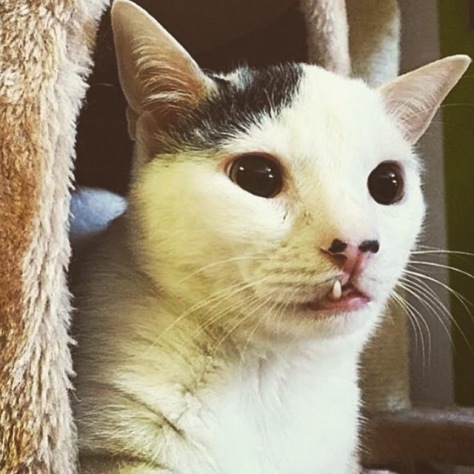 Sorry to start my first post on such a negative vibe, but I feel like this has to be said.

Ever since I was about 5-6 years old I’ve always been interested in climbing trees, playing in the dirt, fishing and getting dirty. My brother was always my favorite to hang out with because when I would visit him in Colorado we would go walking through the creeks and play with these weird little frogs. We would also go four wheeling. Now, society has labeled these activities that only pertain to one certain gender and that is most certainly not female. Sometimes it’ll be criticized. But I didn’t care. Those are the things that I enjoyed. Those are the things that I still very much enjoy.

Now, with that being said.

I had a childhood friend named Matthew that I grew up with, there were no other little girls on my block (not that I’d have interest if there was, because at the time i’d rip up the barbies and play makeup sets that I was given)

Matthew and I had a lot of fun together playing in the dirt, going through uncharted land through the orange groves and through the sand dunes behind it. Playing Mario party on the GameCube. I still remember those days very clearly and they were some of the best days of my life. So exciting being able to explore so much. No one thought we liked each other, because we didn’t.

Fast forward to when I turned 12

My mother told me that we were moving away from Florida and to New York.

So off we went. And it was and still is a very different scene here. When I started school I would get teased for sitting with the boys, and hanging out with the boys.

I usually thought to myself

“What is so wrong with hanging out with them, I don’t get it.”

I still get judged for it, but let me tell you, why should I be forced to hang out with girls that I don’t want to hang out with because it’s considered “normal” I like hanging out with guys more than girls! It’s just how I was brought up, and there’s a lot less drama. I know it’s been said a lot but that’s just how it is. I don’t want to gawk over magazines and boys all day. I don’t care about that stuff. I want to go four wheeling! I want to play video games (occasionally) I want to explore in the woods, play in dirt (yeah I still do that!) if you have a problem with that, don’t be with me, or don’t be my friend. You don’t always have to romanticize a friendship between two genders.

And that is a key word right there.

Friend. They are my friends.

There is only one girl I actually enjoy hanging out with and her name is Alicia, and do you know why I like hanging out with her? She’s been my best friend for over 4 years and she likes to play video games, and she’s up for anything. She doesn’t scream when she sees a bug, and she doesn’t obsess over the latest fashion trends or celebrities. She doesn’t always have her nails done, and she doesn’t always have to look completely perfect.

But that’s what makes us all different, we are not perfect.